Earlier this month, the United States Court of Appeals for the Fourth Circuit handed plaintiffs suing for alleged violations of RESPA Section 8 a huge victory. The case, filed in 2018, alleges that loan officers received kickbacks from title companies concealed as marketing services through a third-party entity. However, the cases were filed at least 7 years after the loans closed despite that the applicable Statute of Limitations is only 1 year. Moreover, similar lawsuits had been brought alleging similar conduct by similar entities nearly 4 years prior. There was widespread publicity about the conduct underlying the cases, including enforcement actions publicly filed by the government. As such, there was ample ability years ago, to discover and the alleged wrongdoing, yet the plaintiffs failed to assert any claims. 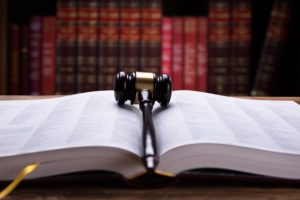 The trial court dismissed the plaintiffs’ claims as untimely, finding that the doctrine of equitable tolling did not save them because there were no extraordinary circumstances preventing the plaintiffs from asserting their claims prior to 2018. However, on appeal the US Court of Appeals for the Fourth Circuit reversed, holding that when a defendant actively establishes a strategy to conceal the existence of what amount to kickbacks, the doctrine of equitable tolling preserves a Plaintiffs’ claims almost indefinitely, unless the defendant can show that the Plaintiff essentially had actual knowledge of facts that should or could reasonably have lead them to the conclusion there were improper kickbacks. This knowledge need not include awareness of any illegal actions, awareness of the existence of payments or the arrangements between the parties is sufficient to put the plaintiff on notice. However, the Court all but eliminated the concept of constructive knowledge in the context of fraudulent concealment. Effectively, no matter how much knowledge of improper activity by a party is generally available, unless a defendant can show that the plaintiffs knew something as to the relationships of the parties or payments, the Statute of Limitations will be tolled where it is alleged that the payments were affirmatively concealed. Further, this could apply to banks even where there was no evidence management was aware of the actions of the loan officers/branch managers who engaged in the allegedly unlawful behavior.

Even more troubling for lenders is the fact that this concept could apply to any liability created by an alleged circumvention of any rule that could be construed as “concealed”. In the RESPA context for instance, equitable tolling could be applied to any marketing services agreement, builder referral program, or other arrangement where money is transmitted directly or indirectly from/to a settlement services agent without disclosure to a consumer. Similarly, a program that violates the loan officer compensation rules concealed as a different form or type of direct or indirect payment or that affects a loan officers compensation without the borrowers’ knowledge could potentially fall into the type of claim equitable tolling could resuscitate indefinitely. These are but a few examples that demonstrate the critical importance of disclosure to the borrower. Such disclosure – by highlighting the existence and potential benefits to the parties – of a financial arrangement (such as an MSA) between settlement service agents, provides a borrower knowledge that would preclude equitable tolling. 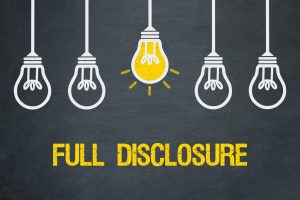 As such, lenders should adopt the mantra of disclose, disclose and disclose again, particularly where there are practices that involve compensation to other parties associated with the origination of the loan for which borrowers may not be aware. Anytime a lender is interpreting a regulation to employ compensation or marketing ideas that involve some form of financial benefit or compensation change to a party that is involved in the transaction, if there is any question of the compliance of that action, “disclosures” of some form should be developed that at least put the borrowers on notice for the purposes of the statute of limitations. For marketing – this means disclosing any marketing or lead relationships. In the area of compensation, it means disclosing generally the circumstances where a loan officer’s compensation may lawfully change. Such disclosures – included amongst the plethora of other documents – are hardly likely to undermine the relationship with a consumer but can throw a wrench in a class action lawyers’ subsequent effort to bring expensive litigation against a lender years in the future.

For any questions or more information please contact Ari Karen.