Arbitration Gets Another Boost from Supreme Court

In response to the explosion in wage-hour cases, companies began requiring employees to individually arbitrate any employment-related claims. Soon thereafter, the Department of Labor and plaintiffs’ lawyers began challenging such arbitration, claiming it infringed on the rights of employees to act collectively. Ultimately, this dispute reached the Supreme Court, which held that employers could require employees to arbitrate employment claims individually.

However, this did not end the inquiry. Lower courts — uncomfortable with the Supreme Court’s ruling — began interpreting agreements to authorize class-wide arbitration by ruling that the class waiver portion of these agreements were “ambiguous.”  Thus, the lower courts would enforce an agreement to the extent it required arbitration but would not enforce the class waiver. The result was that employers who entered into such agreements, primarily to avoid class action, now faced it in the context of an arbitration which the employer had never contemplated. In other words, courts were interpreting agreements designed to foreclose all class claims, as requiring class-wide arbitration — a perverse result given the obvious intention of the signed agreements.

Coupled with prior rulings of the Supreme Court, it means that employers’ attempts to arbitrate are much more likely to be successful. However, in deciding whether to arbitrate, there are important considerations.  Indeed, an employer must decide where to arbitrate, what claims to arbitrate, and which of its employees should be subject to arbitrate — all important decisions. Employers should engage with counsel to determine whether arbitration makes sense and—if so— how it should be best implemented. For instance, there are compelling reasons for giving employers the choice to arbitrate, even when it can be required as a condition of employment. Further, an employer may need to exclude certain claims from arbitration to protect its own interests but must be careful not to render the Agreement so one-sided that it is not enforceable. These are but a few of the factors an employer should consider and discuss with counsel prior to implementing arbitration language in their employment agreements.

If you have any questions about this article, please direct them to Ari Karen. 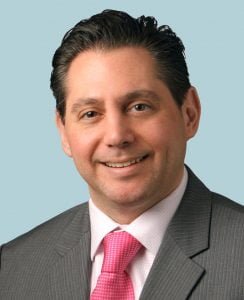